Change begins with us. 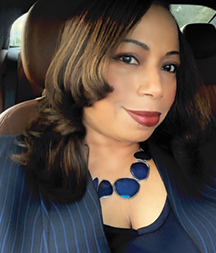 Founder of an agency committed to delivering effective services, education, and training to make a difference in their lives. A retired Miami-Dade Correctional Officer and Supervisor of the inmate G.E.D. program. A Certified Professional “Botvin Life Skills” Trainer (LST) program and Certified “Too Good For Violence” Training of Trainers and Curriculum Training. A Certified trainer for Seeking Safety Post Traumatic Stress Disorders. An eighteen-time Christian author, Publisher, Certified Professional Communicator and Certified Transformational Life Coach with Father’s and Families of America, Inc. 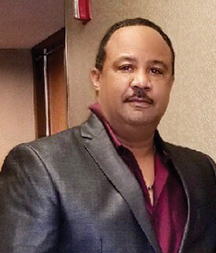 Frederick is dedicated to mentoring disadvantaged youth, keeping them off the streets, and encouring them to graduate high school and college. He's passionate about education and youth development. He's the Board Chairman of “Together For Children.” Employed as an officer for 30 years with the Miami-Dade Police Department. Received numerous commendations including Employee Excellence Award and Officer of The Month. Attended numerous training classes including Criminal Investigation, Human Diversity, Surveillance Techniques, Decoy Operations, CPR Instructor, First Responder Instructor, Domestic Violence, Sexual Harassment/ADA/Violence in the Workplace, Ethics for Law Enforcement, Strategies for Resolving Conflict and Violence and Managing Encounters with the Mentally Ill & Elderly Abuse Investigations. 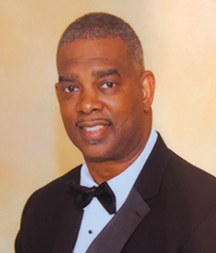 An educator with a Bachelor of Arts-Early Childhood Education. A focused and driven administrator with an intuitive vision for excellence within an educational environment. A demonstrated track record of providing leadership among faculty and staff who are dedicated to the well-being of children. Superior communication skills in providing knowledge of educational instruction and child care procedures to new and veteran teachers, social workers and parents. 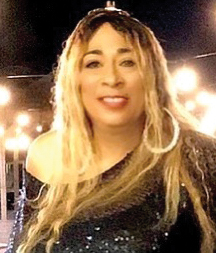 An educator with a Bachelor’s degree in Science/Criminal Justice and thorough experience of the said field along with excellent communication skills, work as a professional counselor with drug addicted children and adults for a reputed organization. 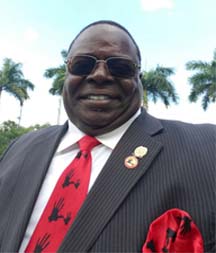 Officer Beckford began his tenure with the Miami-Dade Police Department in 1978 assigned to the New Career in Law Enforcement Program – then headed by Chief Sam Williams. He served in many different capacities for thirty (30) years. Although working as a Patrol Officer in the Kendall, Northside and Cutler Ridge Stations, during his “off duty” time, he continued to coach and mentor young people. He also volunteered teaching public safety awareness, spoke at career days and gave community presentations at local churches, schools, parks and neighborhood centers. Most notably, he continued to coach football at his Alma Mater, Miami Palmetto Senior High School. Officer Beckford successfully implemented the Drug Abuse Resistant Education “DARE” Program; the Gang Resistance Education and Training “GREAT” Program; and the “Join a Team Not a Gang” presentation, in a number of Miami-Dade County Public Schools throughout the South Dade area. He facilitated Career Symposiums at Franck C. Martin, Perrine, Pine Villa, Naranja, Caribbean, Beckford / Richmond, Gulfstream and Chapman Elementary Schools among others. He taught at Cutler Ridge, Mays, Redlands, Ammons and Hammocks Middle Schools, together instructing over 10,000 students. Mark regards his sixteen-year tenure with the Community Affairs Bureau as his most rewarding experience in law enforcement.

Officer Beckford’s community involvement spans more than four decades and includes service on the Board for the National Achievers Parent Association for Florida International University, NAACP Youth Department; 5,000 Role Models of Excellence Project; Miami-Dade Police Athletics League; Volunteer coach and official with the Khoury League; Richmond / Perrine Optimist Club; and other neighboring teams. In support of children and families, Officer Beckford has sponsored and chaperoned numerous field trips, purchased athletic equipment, fed, clothed and counseled many young people and their parents. He makes it a point to emphasize that their mission is to become productive citizens in their respective communities and to give back.
In addition to his many services in the community, Mark serves as Deacon and Servant Leader for the Youth Department at Sweethome Missionary Baptist Church. 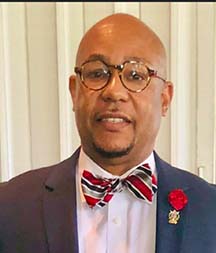 Derrick Love is a native Miamian, born to Brenda and Norman Love. After graduating from Miami Central High School, he received an Associate degree in Criminal justice from Miami Dade College and Matriculated to South Carolina State College and Barry University graduating with a Bachelor of Liberal Arts degree with a minor in Psychology.
Professionally Derrick Love is a 29 year veteran of police work, 6 years with the Florida Highway Patrol and the last 23 years with Miami Dade County Police. Lord Love has spent almost his entire career serving the citizens of Liberty city, Perrine, Gould’s and Naranja Florida. He has been awarded several departmental awards for his work in taking violent criminals off the streets, drug traffickers, Cops (community oriented policing) former Congressman and fraternity brother Kendrick Meeks mad-dads (men against drugs and domestic violence, as well as receiving awards from the world famous Famu marching 100 and Bethune Cookman marching band in coordinating their logistic when performing in Miami.

As a member of Sigma Alpha Chapter of Omega Psi Phi Fraternity in the spring of 2006, Derrick Love has participated and been active in every social and nationally mandated program sponsored by the Sigma Alpha Chapter, such as Susan Komen Race for a cure, Walk to cure Diabetes, Thanksgiving giveaway’s and Christmas toy drives. He serves on the Membership Selection Process Committee, member of the Executive Board, History and Archives chair; Basileus and Vice Basileus where he is the chair over the standing committees. Since joining the TLOD family in 2011, Derrick Love has been active and supportive of the Ladies, Lords and Top Teens in numerous projects and workshops. He teaches young men in Etiquette decorum, Tying ties, Business workshops service projects such as Community beautification cleanups, Senior Citizens and Top Teens of America.

Derrick Love is a member of the NAACP and he is a Life Member of Omega Psi Phi Fraternity Inc. on the State, District, and National level.
Derrick Love and wife Karen Love have been married for 30 years and they have two beautiful daughters Keyondra and Dericka and have four adorable grandchildren, Jamyah, James, Kimani, and Kimora. 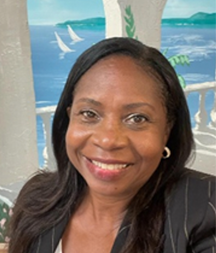 Damaris B. Hall worked as an Emergency Medical Technician for Randle Eastern Ambulance Service in Miami, Florida for 11 years. She left the Ambulance Service to serve as a Police Officer for Miami Dade County. Damaris retired from the Miami Dade Police Department after honorably serving the Community of Miami Dade County for 22 years. She concurrently served in the Air Force Reserve while serving as an Emergency Medical Technician, then Police officer. She retired from the Air Force after 31 years of service shortly after retiring from the police department. She deployed to Kuwait, Pakistan, Afghanistan, the United Arab Emirates and Kyrgyzstan in the war against Terrorism, Operation Southern Watch and Operation Enduring Freedom and Iraqi Freedom. Damaris is currently working one her PhD in Philosophy with a concentration in Conflict Analysis and Resolution at Nova Southeastern University.

Rise up 4 Change Staff, a movement of people coming together to evoke positive change in the lives of our future generation. We’ve made a personal commitment to leave the world better than we found it.